As per request of his mother Devaki, Lord Krishna brought back from the Suthala world a ll his dead siblings and later gave them salvation. He also helped Arjuna to keep up his promise of saving from death an expected child of a Brahmin , by taking him to Vaikunta.Hearing the news that you had brought back alive the dead sons of your teacher,Devaki , your mother, who earlier itself wanted to see her six dead children ,And on her request you brought those six sons who were earlier sons of Mareechi,And later due to the curse of Brahma were reborn as sons of Hiranyakasipu,From the land of Suthala by approaching Mahabali, who gave them to you,And after showing them to your mother sent them back to your own place.Once desirous of giving blessing to your great devotees,Sruthadeva who was a very famous learned Brahmin,And king Nahulaswa another of your greatest devotees ,You went along with great many sages to the town of Mithila. With the desire to bless both the great well known Braahmina Shrutadeva and the deeply devoted king Bahulaashwa, Thou went to Mithilaa along with many ascetics.You took two different forms and reached,Both their houses simultaneously,And while one worshipped you in a very grand manner,The other offered and worshipped you the food and vegetables ,Which he managed to get as alms on that day, but you, We re pleased with both of them and gave salvation to both. 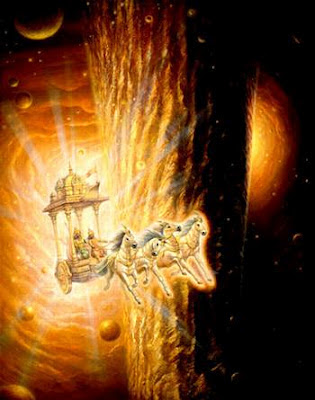 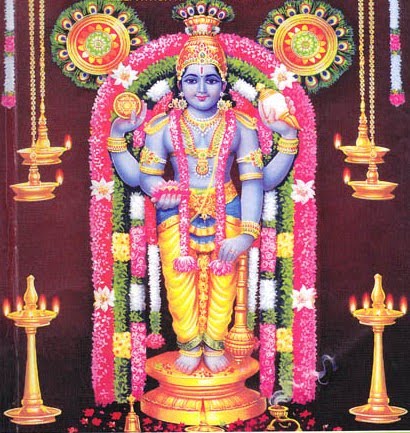